My family has long called Zoe, Pig Pen, because no matter when she's been groomed, she always looks raggedy.
She will look well-groomed for approximately one day and then she will somehow look like she's been living on the street and eating out of dumpsters for about a year.
She goes to the groomer every two weeks and when Crash was alive, he went too. Crash would look great for nearly the whole two weeks but Zoe looks like hell by the time I take her to her next appointment.
I'm not sure why she can't seem to hold a groom but I've decided to chronicle her "groominess" for the next two weeks.

So...here we have Zoe, Day 1 (merely minutes after returning home from the "salon"): 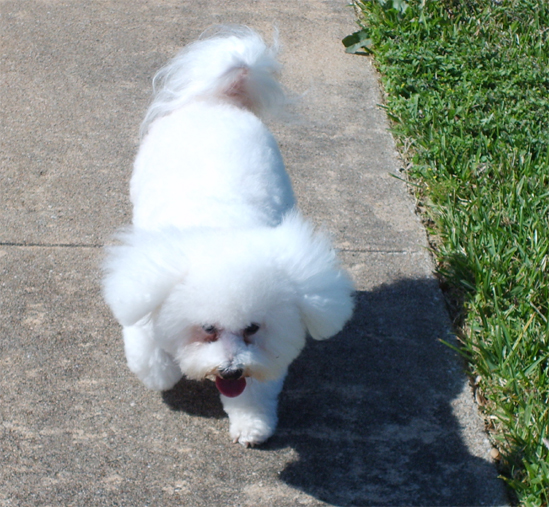