For Colin: The Fat Lady 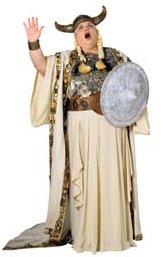 She's been singing for a while.

Yes...this past weekend saw the demise of the Astros hopes for a postseason.
It would have taken a miracle to have risen up from the deep pit of despair they had dug themselves but it was exciting to dream....to hope.
Now, what the hell am I going to do until April?

Oh, well there is postseason play and I'm keeping up with that.
I watched the Yankees and Tigers last night.
I just have to say that it must be terrifying to be a struggling Yankee team member.
Look at poor Alex Rodriguez. The guy goes through some rough times and the fans and media are ready to lynch him, behead him and stick his head on a spike on the Brooklyn bridge.
A pitcher who doesn't do well gets booed by his OWN fans when walking off the mound! How about a little support when a guy is down?
It's brutal out there.
Posted by DeAnna at 2:09 PM